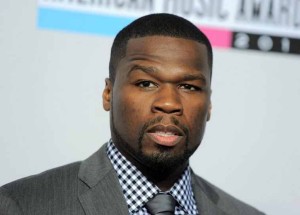 50 Cent spoke on his new company, his formidable business ventures and his boxing promotion company at South by Southwest Music and Media Conference and Festival. The only thing that everyone was interested in though was the growing tiff between him and former G-Unit member Tony Yayo. 50 as always did not shy away from the controversy and answered all questions.
50 had this to say about his former running mates: “I had a wonderful journey with the people I grew up with, I think the frustration comes from shock, probably, that it’s not everything they wanted it to be,” he said. “[Tony Yayo] of all people… It’s not a secret, it’s a known fact that he actually came home from jail with a million dollars and a Bentley. Like, ‘What do you want?”

He also indicated that the bank of 50 is now closed.

“These guys are millionaires. They’ve made millions of dollars. Why do that then? Whenever there’s no one to blame, you know what game you play, [for] a look. I don’t know what the goal was.”

The beef started to simmer a month ago when Tony Yayo made aninstagram post telling his followers that he is quitting rap. He suggested that the fakeness in the industry was frustrating him and that he was no longer a part of G-Unit.

50 has not let this beef bother him telling reporters he wants to move forward.
“I don’t believe in looking back. I can care less about things that’s happened in the past. I’m looking forward, at prosperity…I’ve learned: The same person that tells you you’re a piece of shit tells you they love you when the right song comes out,” he saidacknowledging that for a period he has a downward spiral in music. “‘My man, 50 back.’ So you can’t be affected by ‘I hate you’ because it won’t allow for something good to come in.”

Can you survive without food and water?

Tracy Morgan Tells a Dirty Joke, Speaks on Threesomes, if a Joke Can Go Too Far, and More!| BigBoyTV

Skateboarding in Madagascar – Shredding with the Locals – Part 2