Did You Know? As popular as American Idol is, this 13th season has been hit with plenty of ups and downs. What debuted with the lowest ratings ever, American Idol is now looking at lost money. With ratings down 26%, this means advertising dollars are being lost. A show that has made billions of dollars will lose money this year.

The reason for the loss is how the show pays its stars. Jennifer Lopes get up to 15 Million while Ryan Seacrest gets around the same amount as well. 5-7 Million dollars was spent on a new set, while 2 executive producers are still being paid after being fired during the 12th season. Also an additional 5 Million dollars are being spent on viewer phone calls.

Even with these losses, the popular show American Idol will not be cancelled. It will be back next year as
it’s one of the most successful shows ever on television. Almost no shows make it to season 13 and the ratings for the show’s run have been unbelievable. 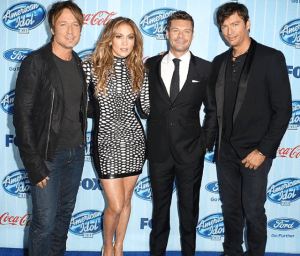 ‘Teen Wolf’s’ Tyler Posey And Our Photog Have Something in Common!

Kool Keith Lil B music and motivation is impressive

Kendall Jenner DISSED By Tyler The Creator At Coachella 2015!

How to Build a Gaming Computer