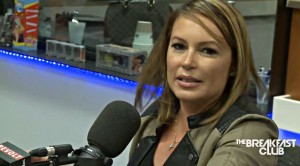 It’s been a week since the Angie Martinez decision to leave Hot 97 spun New York radio off its axis, but

about her decision, her interview with Tupac and why she wasn’t on American Idol.

Martinez, the 20 year vet wanted to dispel the rumors of why she left Hot 97. She cited opportunity for

growth as a major contributor to her thought process in leaving. She also said she kept her secret up

until the day she announced her resignation.

“Honestly, it was time for me to grow and to do things. I’m sure you all know this company offers so

be able to have new challenges, see new things. I want to learn this studio, how this studio works. It was

time. I felt like I’ve done what I can do in that company.”

Martinez, also shed light on her famous Tupac interview and said that she still hasn’t released all the

footage because there still is a lot of things she is uncomfortable with in that interview.