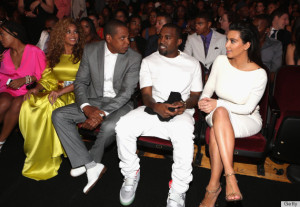 Kardashian and Kanye West because she doesn’t want to be part of a spectacle.

wants to be filmed or a part of an extended episode of “Keeping Up With Kardashians.” She finds the

whole reality TV show wedding “tacky” according to sources over at RadarOnline.

best man. Even if Jay declines he will have to attend the event because of his overwhelming support for

someone he considers “a brother.”

You can understand where Beyonce is coming from. Her and beau, Jay Z went out of their way to assure

that their wedding would be a private, intimate affair. “She [Beyonce] purposefully keeps herself away

from trashy TV and isn’t prepared to lower her standards for anyone, or any occasion,” the source