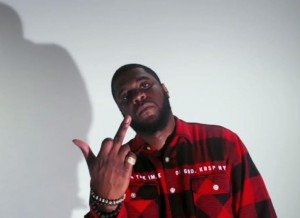 Big K.R.I.T. newest effort sends out a missive to all of the rap game: Be very afraid because K.R.I.T. is not

playing games this time. The original single which was released last week created a gigantic buzz over

the internet and now he has released visuals with an equally powerful message.

Don’t expect the pomp and circumstance of a big budget video, as the southern MC has decided to

backdrop. The message is simple: This lyricism is my biggest weapon and I am firing rockets at you

As He lets of chants of F these n-words with the conviction of a southern preacher, he appears to even

pick up more steam in his second verse. We are curious to see more from the MC and what his new

offering, “Cadillactica” has in store for us.