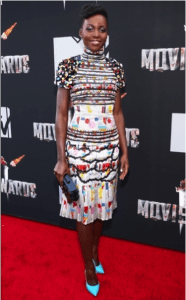 Let’s face it, no matter how much prestigious Academy Awards may be, nothing can beat MTV Music awards when it comes to fun and fashion. MTV Music Awards 2014 were no exception. In fact, a lot of things happened that actually put the last night’s event somewhere in the category of ‘exceptional’. With spirits high and heels higher, it was a truly spectacular night full of unforgettable moments. And if you are not in for watching the whole things, here are a few moments you shouldn’t miss.
The Sparkling Stunners
Speaking of Hollywood award shows, red carpet is where it all begins. To be honest, red carpet happenings give a very good idea of what is to come next. This year, things were quite unexpected. First of all, it was Niki Minaj dumping her ‘Niki Minaj’ look for an alluring black column gown complemented elegantly with gold jewelry. On the other hand, Lupita Nyong’o, known for her charming sweeping gowns, stunned everyone with a sparkling Chanel dress that reflects the true spirit of MTV Awards. We don’t even want to start on how Rihanna pulled her ‘just woke up like that’ look.
The Sexy & The Stripping
The temperature kept rising as the show continued throughout the night but the hottest moment is one we should all be thankful to Rita Ora for. The sassy singer, who we are dying to watch in the Fifty Shades of Grey adaption already, helped Zac Efron fulfill his promise of receiving the ‘Best Shirtless Performance’ award sans shirt. Now, we have no reason to ask how ‘that’ guy beat ‘that’ guy (Chris Hemsworth we mean). Once again, we’d say Efron’s stage sexy was quite close to Rihanna’s red carpet sexy! 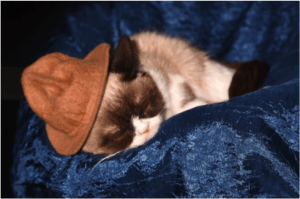 The Funny and …Well…The Grumpy
We knew MTV Awards were going to bring bucket loads of laughter ever since we heard who was going to host this year’s show. Conan really must be the funniest person on this planet. Unfortunately, there is one guy that seems to disapprove of this notion. Not only does that guy remain unimpressed, he was so bored that he dozed off during Conan’s monologue. “A human being is performing for a sleeping pet, this is the end of civilization.” And that is how Conan expresses his feelings while the unusual guest ‘the Grumpy Cat’ was enjoying a nap during the show.

Riff Raff New Music: Justin Bieber Is On My Next Album!