Chris Brown may serve a month in jail 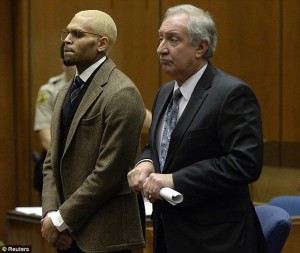 Chris Brown isn’t having the best of weeks. First his long time love interest , Rihanna is rumored to be

linked with long time rival, Drake, now his freedom could be in jeopardy due to parole violations at an

anger management facility which he was required to be until April.

Sources concur that multiple violations have taken place at the Malibu estate, yet the only one that has

female employees. Brown violated it by touching elbows and hands with the woman in question.

the reason for his being booted from the rehab, but most of the talk has been unsubstantiated by

Brown is currently being held without bail in Los Angeles.