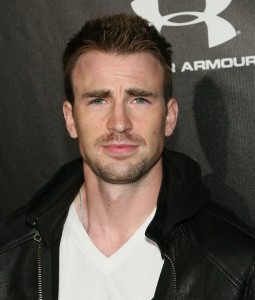 Captain America has No Plans to Abandon the Tinstletown YET

to a heartless heartbreaker. Almost all the major tabloids published the news of his retirement from

acting after the completion of “Captain America” trilogy. Turns out, it was just a rumor as the truth was

recently unveiled by none other than the super soldier himself.

Evans is currently quiet active promoting the release of “Captain America: The Winter Soldier”. The

rumor of his retirement actually started from his recent interview with Glamour. During his interview,

Chris revealed his plans to, and we quote, ‘take a break from acting.’ He added that the said break

would follow the release of his last film under the Marvel’s six films contract. That was not the only time

Chris mentioned his break plans. Only a few days later, he confirmed the news during his interview with

Variety. And the news was everywhere, but unfortunately, with a version further from the truth!

industry or go behind the camera to take up the director’s chair. That is when Captain America jumped

into action before America started to lose hope. “By no means am I planning on retiring,” Chris told ABC

News as he debunked all the myths surrounding his future in the Tinstletown.

“I said I directed last year and I really responded to it, I really enjoyed it and I’d love to focus a little more

on that,” Evans responds to a question about the rumors. “Then [I’m] retiring, hanging up the shoes I

guess. By no means am I planning on retiring. It’s kind of a silly statement.”

The question now boggling most minds is ‘What is the directorial project Evans talks of?’ Only a few

people know that Evans already tried the director’s chair and it seems that he found it quite cozy.

His directorial debut ‘1:30 Train’ is a micro budget romantic movie in which he also acts along Alice

Eve. ‘1:30 Train’ is all set for release in August, and the actor/directors seems to have pretty high hopes

However, there is no denying the fact that Evans’ current focus is completely directed towards “Captain

America: The Winter Soldier” that just hit the theatres across the world.