Congressman puts Foot In His Mouth About NBA Players! 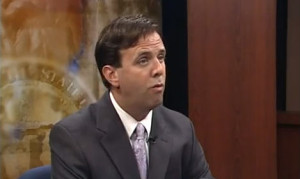 Minnesota Republican finds himself in hot water after racist comment about NBA
Minnesota Republican Pat Garofalo lit a firestorm with an incendiary tweet that targeted the NBA’s overwhelming African-American population.
The 5 term Representative who is seeking a sixth term tweeted, “Lets be honest 70% of the NBA teams could fold tomorrow +nobody would notice a difference w/ the possible exception of the increase in street crime.”
Fans quickly responded inundating his page with hundreds of tweets calling him out for the racial undertones his message displayed.
Garofalo, that night was unmoved by fan pleas and cited the NBA drug policy and multiple arrest of its players as sources for his tweet.
The next day, he changed his tune.
I sincerely apologize to those who I unfairly categorized,” said the Congressman.. “The NBA has many examples of players and owners who are role models for our communities and for our country. Those individuals did not deserve that criticism and I apologize.”
Garofalo obviously understood the negative connotations his tweet took on when he said this, “”I don’t have a racist bone in my body. I pride myself on the fact I’ve tutored in inner-city Minneapolis,” Garofalo said, also said there are “no excuses. I apologize. I’m responsible for my actions.”
Garofalo has been no stranger to controversy in his twitter account. He usually has a Conservative slant on his opinions and he has made them well known to the world. He has gone against his party, championing the rights of gays in his home state.
By Kyle Bostic