Drug policy change for Baseball close to being finalized: 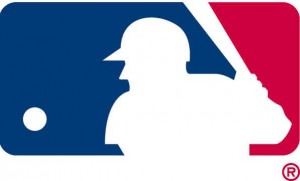 In Sports News, the MLB is hoping to reach a new drug agreement this week with baseball players that would increase the penalties for muscle-building steroids and decrease suspensions for some positive tests.

This deal would eliminate a loophole that is currently allowing Alex Rodriguez to earn almost $3 million during his season-long ban after failed steroid tests. While the lengths have not been finalized, there’s discussion of a 100-game ban for an initial testing violation and a season-long ban for a second one. Also, the penalty for a first testing violation would be cut in half to 25 games.

The reason is to get rid of intentional cheats; players intending to defraud both the fans and their fellow teammates. Though in 2006 there has been an MLB drug agreement of a suspension, the Commissioner has called for tougher penalties last March, and it is now being considered in the 2014 season.

The investigation has already led to 14 suspensions last summer, including a 65-game penalty for former NL MVP Ryan Braun and a 211-game ban for Rodriguez, which was reduced to 162 games in January. Though there’s still talk for agreements, the players have advocated stiffer penalties as a deterrent.

Bob Sinclar – Someone Who Needs Me