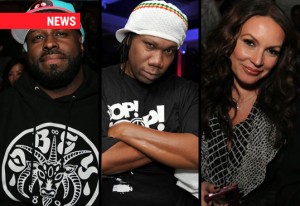 An array of Hip Hop legends have taken aim at Hot 97 in New York City, for the message they portray in

KRS-One decided he would add his two cents to the discussion.

The rant which was from 2013, made its rounds through the internet which KRS-One takes shots at Ebro

In the video KRS says “”When Funkmaster Flex stopped playing my music for no reason,” KRS-One

said. “And when Angie Martinez forgot her roots. And I don’t know if y’all know this woman, but her

name is Tracy Cloherty. Well, she banned me from the station. And Lisa Evers, Street Soldiers, hung up

on me live on air. Because I said they said—This is when Foxy Brown and Lil Kim had their little shootout

long ‘Gun, gun, gun.’ All day long ‘Murder, murder, murder’…There’s something called a balance. In the

morning when our kids are going to school that’s not the time to play ‘killing, shooting, n****, b***, and

Ebro responded that KRS was right about the lack of balance on radio currently.

“Love @IAmKRSOne video!! we may play too much sex, but violence is never ringing off in primetime

Apple to partner with Kobe Bryant and others to test iWatch

Taylor Swift Performs “Out of the Woods”