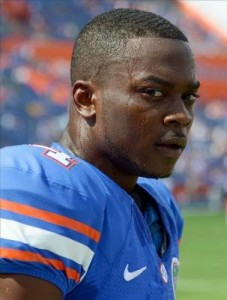 Debose was eating with three friends, Victor Watkins II, John Honeycutt and Kristan Lipham when an

argument started between Watkins and Debose. The fight escalated when Watkins pushed Debose

toward a window which shattered upon his immediate impact.

Honeycutt, who was not part of the immediate fracas was angered and collected his hand gun out

of his trunk and used the weapon to threaten Watkins. Watkins immediately took the handgun from

Honeycutt and released multiple shots into the pavement. Honeycutt then retrieved his rifle and

unloaded rounds into Watkins SUV. Campus police were soon called and they arrested Honeycutt on

The other three parties were brought into questioning but were released.

“He told me it was an eye-opening experience,” Muschamp said Monday. “He admittedly said, ‘Coach,

I was in a bad place and shouldn’t have been there, and I didn’t know all of the people that were

involved.’ And I just told him, ‘That’s where you’ve got to be careful.'”

Before And After Photoshop (Celebrity Photos)