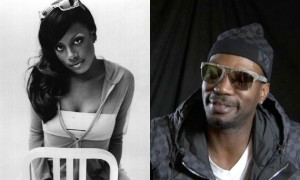 Three 6 Mafia. There had been hints about dissention between the Memphis crew but it wasn’t

Boo had for J.

“He’s not a friend of mine,” she said thoroughly. Obviously time heals all wounds and they are about to

work on another Three 6 Mafia project.

“I was like, ‘What the f*ck!’ [laughs],” Boo said SOHH when asked if she was surprised to hear the Three

going to cover it.’

Honestly, it was kinda like a misquote that Billboard did. It’s all good, there’s no problem with Juicy J.

We’re cool, I talked to him. I texted him right after his Grammy performance with Katy Perry. He was

like, ‘What’s going on with Lord Infamous?’ He was definitely supportive. Me and him buried our f*cking

That’s what I said.”

Munchkin The Teddy Bear Goes to the Beach