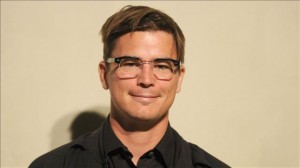 series ‘Penny Dreadful’. Right you are! The Hollywood star who swept critics and viewers off their feet

with his debut is now back in the game.

More than a decade ago, Josh Hartnett made such a Hollywood debut with much-acclaimed Pearl

Harbor. After his initial success, we saw Hartnett in a couple of other hits such as Black Hawk Down and

Sin City. The future seemed bright for the sparkly-eyed boy when suddenly he decided to step back.

After refusing to be the new superman and a few other major roles, Hartnett left Hollywood and went

back to Minnesota, his hometown.

We are going to see that gorgeous face once again, every week. As the star goes on to promote his

upcoming series, he shares the secrets about his life away from Hollywood all this time. According to

Josh, he left because the fame became a little too much for him to deal with. The star got uncomfortable

with the lack of private life and excessive media attention, and he backed out for a while – 18 months to

be exact. Sharing more details, Josh revealed that he went back to his friends and family, and also ended

up dating his high school girlfriend for a while.

Now that Josh is back for a second round, he admits that finding roles is not as easy as it had been in

his early years. He tells that he now has to fight for the role, which he considers more rewarding. His

characters such as Dr. Frankenstein and his creatures. Set in Victorian times, the series will weave the

Josh will take up the role of Ethan Chandler, an American ladies’ man with an interesting yet mysterious

past. Ethan is one of the permanent members of the cast occurring on all eight episodes confirmed

so far. Other cast members include Timothy Dalton as Sir Malcolm and Eva Green as Vanessa Ives.

respectively. Showtime will premiere the series on 11th