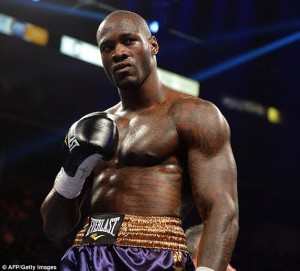 California gym after both men agreed to a match. Wilder claimed that Zelenoff had been making racial

laced tirades against his daughter, Naieya, who suffers from spina bifida.

As the fight began, it was clear that this was a mismatch. Wilder, who stands 6’7” tall, towered over his

alleged racist sparring partner as the match began in an open area instead of the ring. Zelenoff, threw

uppercut. Wilder soon yelled to the pounded pugilist to get up which Zelenoff wanted no part of.

Zelenoff did get up to fight only to get knocked down again.

Wilder is heard saying “Don’t you ever call me the N-word again,” as staff of the boxing gym are seen

trying to calm him down. Zelenoff, who even through the thorough beat down was heard still mouthing

off to the champ before high tailing it out of the gym.

Restaurant Hacks: S’mores Without the Campfire

Funny faces of the NBA