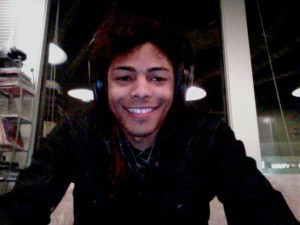 Is Brandon Howard Michael Jackson’s Son?
For once, the world of pop music world is not being rocked by any drug abuse scandal. Nor is any new music album taking giant strides to march to the top of the charts. Rather pop music fans are now agog with anticipation and excitement to learn about the paternity of one Brandon Howard.
Brandon Howard is a singer who has been often compared with pop legend Michael Jackson. It hardly seems surprising now that Howard’s mother has come out with the claim that Brandon is indeed the son of the King of Pop. He does look like Michael Jackson, but what is the basis of his mother’s claim?
Why keep this a secret?
According to reports published in several online news sites, Brandon’s mother, Miki Howard, also a pop singer, has a damning DNA report in her hands. It suggests that it is 99.9 percent likely that Michael Jackson has fathered her son. According to Miki, she and the King of Pop met in 1982 and had a brief affair. Brandon was born just afterwards in 1983.
On the other hand, Michael Jackson’s estate lawyer, Howard Weitzman, has told reporters that they have never heard from Brandon. Brandon Howard has himself denied that Michael Jackson is his father.
Howard is not Interested
After the sensational revelations by his mother, Brandon Howard told reporters that he has never claimed to be the son of the late King of Pop. He clarified that although he had provided his DNA sample after he decided to be a part of a FilmOn documentary, he had never authorized anyone to compare his biological samples with that of the pop legend. What is more, Brandon emphasized that he was not the person who had got in touch with the media with the paternity claim.
So Howard does not want to know who is father is?
Whatever be the truth, Michael Jackson’s family members and estate lawyers can breathe a sigh of relief, because Brandon has clarified he is not interested in bagging a piece of Michael Jackson’s estate that is worth more than $600 million. They better distribute that money before he changes his mind.
In this context, it is worth noting that whether or not Brandon shares his genes with the late King of Pop, he certainly has credible musical genes. Apart from a pop singer mother, Brandon also has a Rock and Roll Hall of Famer, Josephine Howard, as his grandfather. Brandon has a busy musical career right now and has worked with many noted artists, like Akon.
So it is certain that he does not need any controversy to catapult him to fame and stardom. Or perhaps he does not like Michael’s associating and view on other people’s children when he was alive. Now that is controversial!
By Benjamin Roussey