Jackie Chan to Become a Manager of a Pop Band 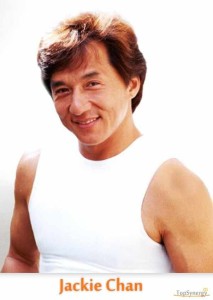 Jackie Chan to Become a Manager of a Pop Band
Actor and martial arts exponent Jackie Chan will be seen in his new avatar shortly, that of the manager of a pop music band. In a statement made to the Associated Press, the CEO of Jackie Chan Group South Korea, Sha-sha Lee, said that the Hollywood superstar is all set to take over the managerial duties of the Korean pop band JJCC or Double JC as they are popularly known as.
According to Sha-sha Lee, Chan has been actively involved in all aspects of management of the group, starting from being present during the audition and recruiting the group members to the production of their debut album, which incidentally will be released in March this year. Jackie Chan has also been involved in training the group members.
Jackie Chan’s Little-Known Musical Career and Interests
The world knows Jackie Chan in his screen avatar—a do-gooder who bashes up villains with his trademark karate flying kicks and chops. Not many people know that this action superhero once harbored dreams of becoming a pop singer. He is trained in classical vocal music and had also performed on the Cantopop and Mandopop scenes in the early 1990s. But fate willed otherwise, and Jackie Chan found himself performing as a stunt man for the legendary Bruce Lee. The rest, as they say, is history.
With his own star on the Hollywood Walk of Fame and one on the Hong Kong Avenue of Stars, Jackie Chan is probably the most successful Asian artist to have made it big in Hollywood. He is also the proud recipient of the Lifetime Achievement Award at the Asia-Pacific Film Festival in 1993 and the Innovator Award at the 2002 version of the American Choreography Awards.
About JJCC
JJCC is a boy band with five members. Four of them hail from South Korea and one is an Australian-Chinese. The members are in their twenties and according to Sha-sha Lee, all of them can sing, dance, and rap. It is believed that they might act with Chan sometime in future. Lee has reiterated that JJCC will distinguish itself from other K-pop groups with its unique charm and stage presence.
Jackie Chan’s interest in the pop music culture of the Far East is evident. He has popularized the ancient Chinese techniques of martial art in the West. So it is evident why he has taken an interest in the K-pop music scene. Fans of Jackie Chan and Korean pop music will now wait with bated breath to watch if Chan can wave his magic wave of stardom and break into the American pop music culture with his boys from Korea.
By Benjamin Roussey