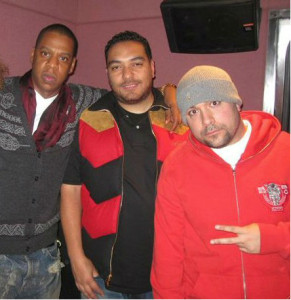 the face of their products. Every now and then we get the Hov that we first saw, who was a boss in the

streets. Peter Rosenberg of Hot 97 fame found out this weekend that the Jay Z still exist.

“The Realness” in which he usually openly critiques hip hop. Rosenberg inferred that Jay Z was “jocking

Kanye”, after following Kanye’s lead to do a duet with Daft Punk.

setting trendsetter he is. The Hot 97 personality was at a convention at SXSW, when he received a call

from a blocked ID, who sure enough was Jay Z.

He went on to explain as Rosenberg’s says “Why those words should never come out of his mouth.”

Rosenberg and Hov came to a mutual understanding once the phone call ended.

Chris Brown may serve a month in jail

Ministry of Food Cooking With The Premier League