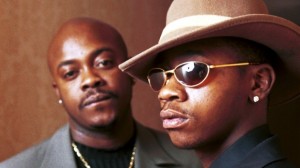 90’s and early 2000’s R&B sensations, K-Ci and JoJo are still performing on stages around

the country for the past couple of decades entertaining audiences with their soulful crooning.

Unfortunately, the two singers haven’t always had the best of luck with their health.

In 2012, one of the singers collapsed on stage in South Carolina, as K-Ci continued to wail the

group’s hit “All my Life. The group rebounded and had a successful tour.

The group ran into similar trouble in a recent stop in Davenport, Iowa. While hymning before the

group got on stage, JoJo had difficulty as he approached the front of the stage. He fell face first

while singing the song “HB1”.

Unlike last time when K-Ci practiced the motto, the show must go on and continued singing, he

went to check if his brother. He joked with the crowd, asking “Who pulled my brother?”

Women React to 6 Different Fashion Styles on ONE guy

Yeley upset after incident with Bayne