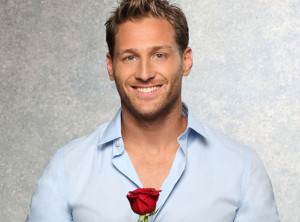 There was no doubt about it, females across America couldn’t wait for “Juan-uary” and the new season of The Bachelor with the hunky Juan Pablo searching for love. However, with the finale of the season last night, it appears that America’s love affair with Juan Pablo is over. This season of The Bachelor was riddled with controversy and there has been plenty of backlash against Juan Pablo himself.
Juan Pablo surprised America when he didn’t propose on last night’s finale. “You go into this show thinking if one of the girls here is the one and there’s the click and there’s the connection and there’s the love, you propose and you’re married,” explained Juan Pablo. However he didn’t propose. In his final rose ceremony, Juan Pablo told Nikki that he loved many things about her, and that he liked her very much. Yet, Juan Pablo maintained that he wasn’t ready to propose by the show’s end, “If it doesn’t, it just doesn’t happen. And I think that’s why some relationships have not lasted…I don’t feel there’s a need to propose to somebody if you don’t feel 100 percent.”
This season of The Bachelor created a whole bunch of buzz andhost Chris Harrison explained the decision to choose Juan Pablo, “We didn’t go into Juan Pablo’s season thinking this guy is going to be really controversial on- and off-camera. We thought he’d be the Latin version of Sean. We thought, he’s a good family man looking for love, and turns out he’s not in the way Sean was.”
With all the negative press surrounding this season, and the fans disapproval regarding the finale, Harrison admits, “I have no regrets about him being the Bachelor. It’s a very different season, and, in my opinion, not a bad season. He’s not a bad guy. When you have a very specific Bachelor, with a different culture, a somewhat different language, yes it’s going to narrow down the field and the women who will fall for this guy. But I think it’s been very interesting.”
Juan Pablo and Nikki shared the couch on last night’s LIVE After the Final Rose, and shared with America that they are still together. Although, rumors have been swarming the internet claiming that the two broke up weeks ago, one thing that we do know for sure is that Juan Pablo has yet to tell Nikki he loves her. Time will tell with this Bachelor couple!
By Stephanie Hacker

Putin hits the ice to complete with legendary hockey players