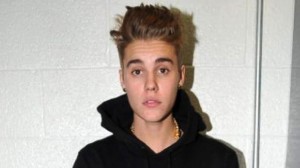 According to the Los Angeles Police Department, pop-star, bad boy Justin Bieber, 20, has been accused

of robbery. The incident allegedly took place on Monday night at the Sherman Oaks Castle Park, which is

a complex in San Fernando Valley that offers miniature golf and a batting cage.

phone so that he could erase any photos the woman may have taken of him. When the woman refused,

Bieber allegedly grabbed the woman’s phone. According to the report, once Bieber had the phone he

demanded that the victim unlock the phone so that he could access any photos taken. The woman

eventually proved to Bieber that she had not taken any photos.

The report details that, according to the woman, Bieber screamed at her and her 13-year-old daughter.

He made her daughter cry when he shouted, “You’re humiliating yourself in front of your daughter. Why

don’t you just get out of here?”

the alleged robbery attempt, Bieber has not yet been interviewed.

2014. In January of 2014, he was arrested in Miami on charges of driving under the influence and driving

with an expired license. His court date has been set for July and he has pleaded not guilty.

Also, in early January 2014, the LAPD executed a search warrant at Bieber’s home. This was part of an

investigation into alleged felony vandalism at his neighbor’s home which involved an egging incident.

According to Toronto police, they are investigating alleged assault charges against Bieber stemming

from a hockey game on December 29, 2013. The case is still being investigated.

Bieber’s recent behavior has seemed to have some fans distancing themselves from the popular star.

On Mother’s Day, Bieber attended a Los Angeles Clippers game with his mother, Pattie Mallette, at the

Staples Center. When Bieber’s face appeared on the Jumbrotron screen, the audience began to boo.

Looks like Bieber’s bad boy image may be beginning to backfire!

3MB realize they made a botch

Skate fails of the month