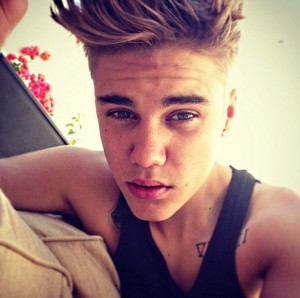 repeatedly in a cruel joke. The video was taken during Bieber’s 2011 documentary “Never Say Never”.

The Bieber camp immediately issued an apology and Bieber himself said, “I’m very sorry,” he said. “I

anyone with my childish and inexcusable behavior.

I thought it was ok to repeat hurtful words and jokes, but I didn’t realize at the time that it wasn’t funny

and that in fact my actions were continuing the ignorance. Thanks to friends and family I learned from

my mistakes and grew up and apologized for those wrongs. Now that these mistakes from the past have

become public I need to apologize again to all of those who I have offended.

I thought long and hard about what I wanted to say but telling the truth is always what’s right. Once

Charlize Theron Sparks Controversy After Comparing Life In The Spot Light To “Being Raped”?!

The Dandy Warhols – “You Are Killing Me”