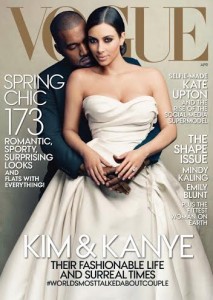 It’s been a hell of a week for rapper Kanye West!

On Monday he was sentenced to two years on probation, 24 anger

management therapy sessions and 250 hours of community service after an

no contest, entered the plea through his attorney and did not attend the court

hearing. Kanye failed to reach a civil settlement with the paparazzo.

According to Ramos, West punched him in an unprovoked attack and wrestled

his camera to the ground. The prosecution is said to have seven different videos

September 2008 for another clash with photographers inside a terminal at LAX,

management treatment and agreed to reimburse the photographers for the 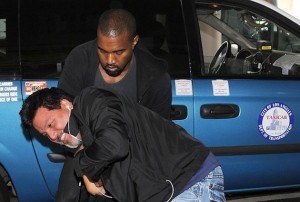 Earlier this year, Kanye reached a civil settlement with a man who accused him

in assault at a Beverly Hills medical office. According to the case documents

Kardashian and she called West, who attacked the man in a chiropractor’s

Despite the controversial case Kimye, as the couple is often called, are on the

cover of April’s Vogue USA magazine.The shot, on which you can see Kanye

gently caressing the dressed in a bridal gown Kim, is taken by Annie Lebowitz.

and their baby North and see the cover here.

Tylar Green - "Where they do that at"