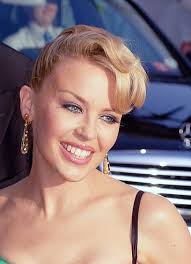 current series. This announcement has come as a shock to the show organizers who were hoping that the

the show is embarking on its live stages with the first quarter-final about to kick off soon.

Kylie Minogue was signed on to be a judge on the BBC show for a whopping sum at the start of this year. But

she proved that the investment on her was worth every penny. Although she has been on the once-floundering

show for only one season, she has already had its TRP ratings soaring to stratospheric heights. In recent times,

Kylie Minogue’s Decision to Quit not Surprising to Many

Kylie Minogue’s decision to quit The Voice UK, however, does not come as a surprise to many. After all,

autumn. She has clarified that she enjoys being a part of the show, but her touring commitments are equally

taxing. Besides, she finds some parts of the musical reality show too emotional.

Kylie Minogue has also revealed that she will also be a part of the Voice Australia show. So with live tours and

a spot on the Australian show, it is only natural that Kylie will find it hard-pressed for time to commit to the UK

But it seems that the BBC officials are not willing to let go of Kylie so soon. A spokesperson said that the

Aussie singing star is a “fantastic addition to the coaching lineup.” Kylie is not only popular with the viewers

but is also a favorite of the contestants. So it did not come as a surprise when BBC announced that they are

willing to reschedule shooting dates for The Voice UK to accommodate Kylie’s other commitments. But Kylie

has also not confirmed that she could be back even if the dates didn’t clash eventually. It seems that she has

priorities other than being a judge on The Voice UK.

Charlamagne: Nicki Minaj Is Upset Over My Objective Opinion

Ask A Vixen With Wankaego