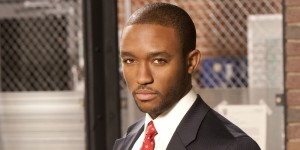 Lee Thompson Young best known as “the Famous Jett Jackson” and Detective Barry Jackson on the USA show “Rizzoli and Isles” died of a suicide last year after a long battle with bipolar disorder. Though diagnosed as a teen with the illness it wasn’t until later in his career where more signs of the infliction surfaced.
His mother, Velma Love talks about his affinity for attention and how he was a natural to the big stage. He was signed by an agency in 1994 and encouraged to move to New York City
“He would just kind of seek out where ever he could get an audience,” Love said. “And he would perform. He would tell stories. He would do poetry. He would do speeches.”
Young appeared in many commercials before landing the part of Jett Jackson on the NIckelodeon Network and his success was celebrated by his family. Yet, he still was plagued by long periods of sadness that he couldn’t explain.
USC psychiatrist Ashley Jones explained how suffering from bipolar is different than just an emotional breakdown in sadness. The period of sorrow last around 2 weeks and it is a melancholy mood filled with a deep malaise filled with a sense of hopelessness.
Young continued to succeed aided by the necessary therapy and medication. Millions of Americans are affected by bipolar each year, which is why his family decided now was the best time to talk about it.