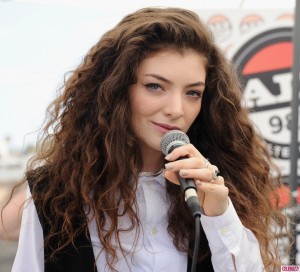 Kiwi pop sensation Lorde has proved that all the hype surrounding her is justified. Her debut show at Fillmore

Detroit not only had fans swooning in ecstasy but also impressed many critics.

Team. These songs climbed up the charts and made their way into music lovers’ hearts at dizzying pace. Her

debut album “Pure Heroine” too was a platinum hit. She achieved all these in the span of one year. So it is only

natural that her Detroit debut would generate a lot of buzz.

Lorde’s debut show at Fillmore Detroit was a sellout, and according to Fillmore personnel, it was the quickest

sellout in the history of the venue. Clearly, Lorde’s fans and music lovers were expecting the Kiwi singer to

impress them. Lorde did not disappoint them.

Lorde took the stage for 70 minutes and belted out 15 songs. She was dressed in an all-black ensemble and

sported an enchanting Goth look. She belted out popular numbers like Glory and Gore, Biting Down, Tennis

Court, Ribs, Swingin’ Party, Royals, and Team. She wrapped up her performance with A World Alone, which is

also the final song of her album “Pure Heroine.”

Lorde’s on-stage moves were arresting, but according to many industry watchers, she needs to get over

her stage awkwardness—she was seen tucking her hair behind her ears during the show, a clear sign of

nervousness. But then she is only 17 years old, and this was her first live performance. And from what she has

delivered at Fillmore Detroit, there is no reason to believe that she cannot improve.

Her on-stage musical prowess too was saluted by many veteran industry watchers. Lorde performed with

just a two-piece band with a keyboard player and a drummer. Given that this was Lorde’s first live show, the

production was naturally on the smaller scale. It can be expected that with the aid of a full-scale band, she will

be able to deliver richer-sounding notes and give her songs the depth that they currently lack.

During the show, Lorde told the crowd, “Detroit, it’s so incredible to see you tonight.” Clearly, the young Kiwi

singer was excited to perform before a live audience. From the audience reaction, it was evident that the crowd

loved her, too. Well, being from Detroit, they were just happy to think about something beside their torn apart

city because of unions and fraudulent Democrats.

SKATEBOARDING MADE SIMPLE 6 IS OUT NOW!