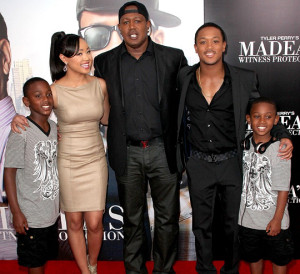 laundry and have public decision choose sides. Sonya Miller, who has been divorced

for seven years, claims she helped the rapper, whose real name is Percy Miller start his

company, No Limit Records, which is now worth over $200 million.

She also claims that due to her ex-husband stinginess, she has been forced to resort to

welfare, to provide for her young children. She also claims to had to move in with her son

Romeo to keep a roof over her head.

“Why is this news? I haven’t been with this person in over 7 years. She has had several

boyfriends since then. He continues, “I take great care of all of my kids, all of their needs

are being met in an abundance. I come from the ghetto, I changed my life but she didn’t

want to grow with me so were not together. If Sonya supposedly helped me start any of my

companies including No Limit, wouldn’t she be capable of creating some type of income in

the last seven years besides turning to welfare?”

Educated business people don’t think like that even in hard times. Stevie Wonder could see

through this publicity stunt. This is hilarious. All I ask is that she take a drug test in the next

two weeks and pass it. I will give her everything I have. The four minors she says she needs

help with, three of them are with me, this makes no sense. I’m tired of sugarcoating and

hiding the truth of ungrateful people that I’ve been taking care of for so many years. If she’s

that great of a businesswoman like she claims, she should be able to do it again for herself.

I don’t trip on my past success. Even through the rebuilding stages in my life, I never

blamed anybody. I just figured it out and worked harder. I put my trust in God, not people.

of to turn on you.

ungrateful, unappreciative family members that feel entitled even when they haven’t

good, you see the real in people and even in relationships. I’m not mad at her though. I’ll

just pray for her, she will always be the mother of my children. I’m not perfect but I go above

and beyond to provide for my kids and family.”

Chet Faker, Marcus Marr – The Trouble With Us