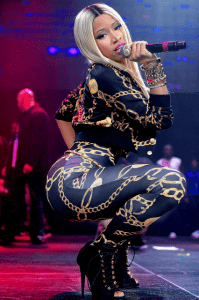 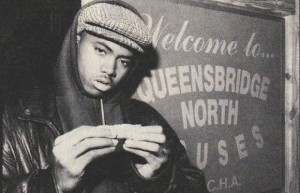 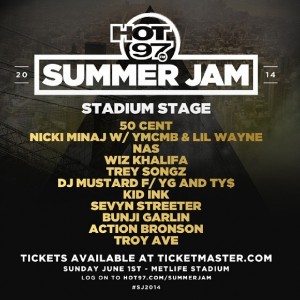 Bowl of Hip-Hop” – the star-studded mega concert Summer Jam, which will take place on June 1st

singer Sevyn Streeter and Trinidadian soco artist Bunji Garlin. Among the highlights of the event will

be NAS, who’s expected to perform his 1994 classic “Illmatic” in its entirety. The cult rap album is

on the show – The Roots are also marking a jubilee.

The smaller festival stage in the parking lot is worth coming to the show earlier, featuring Childish

Gambino, who released the highly-anticipated “Because The Internet”in late December. Other artists

set to perform there are upcoming R&B singer-songwriter Jhene Aiko, Staten Island rapper and “The

Tickets are up for sale through Ticketmaster and start at 55$. VIP packages are also available on http://

year anniversary. But NAS won’t be the only one marking a 20th

Shanell “I Can Be Your Stripper (Remix)” Feat. T-Pain