‘Pan’ Can Finally Take Off with its Complete Crew 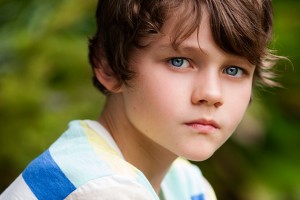 We haven’t seen any interesting renditions of old stories in a while. Not since ‘Snow White and the

Huntsmen’ shattered our faith in Hollywood’s ability to retell the classic tales. The Pan, however, seems

to have attracted a lot of attention lately. First, it was the transformation of our ferocious ‘Wolverine’

into the much-feared ‘Blackbeard’. Then it was the casting of Roonie Mara for the originally native Tiger

Lily. While we still don’t know what to expect from the movie, the casting did get us curious about the

boy who gets to play the role.

Now, the studio has finally made a decision as Warner Brothers announced the signing of newcomer

Levi Miller for the role of Peter Pan. According to the director Joe Wright, he wanted the role to be

played by a ‘new discovery.’ Although Levi Miller is not a renowned actor so far, Pan will not be the first

title on his portfolio. He had appeared in an episode of the TV Series Terra Nova.

Written by Jason Fuchs, Pan tracks the origin of Peter Pan’s story from the time he was kidnapped by

the pirate and taken to Neverland. While the script will uncover a lot of aspects of Pan’s and Neverland’s

back-story, it is not the only change we are expecting to see. One of the most talked-about change in

Wright’s version is that Warner Brothers is trying to portray a more multi-racial world. It is still a mystery

why it chooses to do so by replacing a Native Indian character with a Caucasian girl.

While Rooney’s casting is another debate altogether, the concern in question is whether the ‘new

discovery’ will be able to live up to the expectations of fans and critics. This is perhaps the fourth

mainstream adaptation of the story in Hollywood. The main character is previously played by Betty

Bronson, Jeremy Sumpter, and Robbin Williams. This makes Miller the second ‘boy’ to play the role.

His only true comparison would be Sumpter who portrayed Pan in the 2003 movie titled ‘Peter Pan’.

Given the reviews Sumpter received on his performance, it doesn’t seem to be much of a competition.

However, that fact doesn’t relieve little Miller from the responsibility that comes with such an iconic

Mick Jagger Deals with the Death of L’Wren Scott

Skateboarding through the Intense Heat of Oman