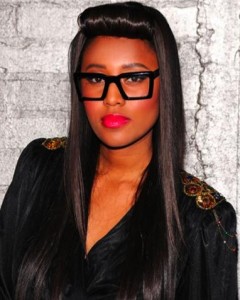 Not many fans of the British indie pop singer VV Brown know about the designing skills of this versatile artist.

Taking a break from belting out chartbusters in her inimitable style, penning her own songs, and modeling for

wares, the singer has tied up with Vauxhall to design a customized car for herself. The design for this Adam

refreshingly different from the doo-woo pop songs that she regularly churns out. So it may be assumed that her

self-designed car will sport some intriguing features as well.

VV Brown recorded her latest album, “Samson and Delilah” after returning from a hiatus. The album features

darker soundtracks and has been influenced by the music of Bjork and James Blake. She has been inspired

by her album to order a matt black chassis for her Vauxhall Adam. The body of the car will also sport a bold

geometric print that will stretch from the bonnet to the roof. The automobile has plush leather in its interiors and

is fitted with a dark tinted rear window.

The car dazzles on the technology front as well. It features an ultra-high-end IntelliLink touch-screen

infotainment system and a multi-color light pack to add novelty to the otherwise dark-toned interiors.

Additionally, VV Brown has stamped her authority on the car by getting her signature stitched on to the floor

From the sound of it, it seems that VV Brown’s self-designed car has been conceived as an extension of the

singer’s persona—bold, beautiful, edgy, and bordering a little on the dark.

According to VV Brown, designing comes naturally to her. As the manager of her own record label and the

creator of her own songs, she indulges in multiple and multi-faceted creative processes every day. So it is

not surprising that the singer has done an impressive job of designing her Vauxhall Adam. She has said that

designing her own car has been a novel experience for her, and she has enjoyed every stage of the creative

process. She was forced to think along different lines, and she is very pleased with the results.

VV Brown’s Vauxhall Adam will surely turn many heads as it zooms down the streets. The car will also be

featured on a video for Faith, a song from “Samson and Delilah.”

Kevin Durant Reaches Back to Throw Down the Alley-Oop