Robyn Hitchcock and Steve Kilbey Team Up for a National Tour 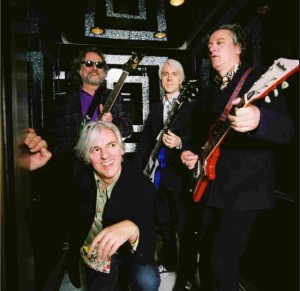 Robyn Hitchcock and Steve Kilbey Team Up for a National Tour
They say music breaks boundaries and joins hearts. And they are right. In a world torn apart by wars and conflicts, two musicians from opposite corners of the globe have come together to embark on a national tour. Their message is simple: the language of music only binds. British pop singer Robyn Hitchcock and Australian rock music sensation Steve Kilbeyhave teamed up for an Aussie tour during the months of April and May this year. They will be joined by Dave Mason of The Reels fame.
Hitchcock and Kilbey’s Australian Tour
During their joint tour, Robyn Hitchcock and Steve Kilbey will perform at all the major cities of Australia, like Adelaide, Melbourne, Sydney, and Brisbane. The tour will kick off at The Gov in Adelaide on 25th of April. Next they will perform in Fremantle on 26 April. Their Melbourne concert will take place at the Arts Centre Playhouse on 3 May. They will perform at The Metro in Sydney on the 10th of May. The final Hitchcock andKilbey show will be held at the New Globe Theatre in Brisbane on the 16thof May.
About Robyn Hitchcock
Robyn Hitchcock turned 60 last year, but he is showing no signs of slowing down. Rather he is about to embark on whirlwind tour of the land Down Under with Steve Kilbey!
English pop singer and guitarist Robyn Hitchcock started his musical career as the frontman of The Soft Boys, a proto-punk group of the 1970s. The band disintegrated during the 1980s, but Hitchcock continued to belt out solo numbers (as Robyn Hitchcock & The Egyptians) and also collaborated with other artistes like Pete Buck of R.E.M., Gillian Welch, and John Paul Jones, the ex-Led Zeppelin bassist.
About Steve Kilbey
Steve Kilbey is a singer, songwriter, poet, guitarist, actor, writer, and artist. He has been a member of The Church since 1980 and has also sung with The Triffids and Friends as a guest during the Leonard Cohen Tour of 2009 and at A Secret in the Shape of a Song concerts. This highly individualistic artist with his avant-garde thoughts and ideas regularly collaborates with his peers to create soul-stirring and evocative strains. His collaboration with Robyn Hitchcock is a testimony to his belief that music should transcend boundaries and reach out to people in far-flung corners of the world.
Robyn Hitchcock and Steve Kilbey’s Aussie tour will surely see packed houses. Pop music fans and admirers of these two rock stars can hardly wait!
by Benjamin Roussey

Are you here official movie trailer 2014