Second time around, ooh, so much better than the first time 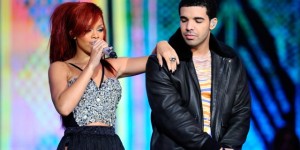 Shalimar may have been right, the “second time around” may just be better. Rumor has it that Rihanna and Drake have rekindled their romance.
Some months back, Drake admitted on The Ellen Show that he and the world’s favorite bad girl previously dated and were currently just friends. The world was
not surprised considering the fist fights and confrontational encounters with fellow artist, Rhianna’s ex Chris Brown last year. The rapper
was last linked to actress Zoe Kravitz. However, photographers have spotted RiRi and Drake on the scene again. The twosome has been sited throughout Europe, dining with friends, dancing in clubs and leaving Drake’s concert venues. As their hit duet goes, I guess “he stayed up on it…Ooh na na” Well, everybody needs a little love in their life.
by Jennifer Peck

She's not Mary Poppins but she's up for the challenge

Tony Stewart to return to NASCAR Sprint Cup at Atlanta