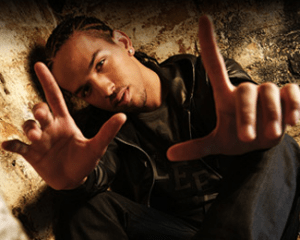 You had been watching funny animal videos on the Internet and going “aww!” Or were you busy watching

the stand-up comedy videos and laughing your head off? Why don’t you watch free music videos? According

to many people, pop music holds a mirror to popular culture. These songs reflect the prevailing sentiments,

you know what has stirred the imagination of the present (read: smartphone wielding) generation.

Now before you wonder who Aggro Santos is, here are some pieces of information. He is a rapper. Did it ring

a bell? And if it helps to refresh your memory, he has released singles like Candy, Saint or Sinner, and Like

U Like. Are you still at a loss? Or would rather read about a skateboard fail compilation or some other wild

Well, he was on the tenth season of I’m A Celebrity…Get Me Out of Here! and came sixth. Okay.

He was accused of raping two young girls. What!

But he was acquitted. Oh, okay!

And that’s about all that Aggro Santos can claim as his bragging rights.

The title is self-explanatory. In a selfie-obsessed world, Aggro Santos has gone ahead and planted another piece

of narcissist display on the Internet. The video has gone viral. But it would if it contains lyrics like, “In my

house the toilet’s for shittin.” Aggro Santos states the obvious leaving music critics bewildered at what made

the video go viral. How did it become a fantastic latest music videos online and everyone wanting to watch free

Is it the rapper’s singing style? Does he have a magnetic on-screen persona? Are the notes and tunes hauntingly

beautiful? But the rapper’s fans do not bother to answer these questions. They are too busy watching and sharing

How Can Something Be A Plant And An Animal?