Shakira Wants to Take Education to Poor Children in Colombia 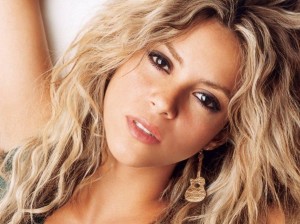 humanitarian efforts. Many of her fans do not know that pop star has found her life’s purpose somewhere else.

Shakira is determined to take education to the largest number of poor kids in her native country of Colombia.

and weak teaching propped up by teachers’ unions?

children in Colombia and then extend her efforts to other deprived children in countries around the world, like

Haiti and South Africa. Someone should tell Shakira that South Africa is better off than most of Africa but it is

being run into the ground with the current leadership that is authoritarian in nature.

Shakira’s Motivation Behind Her Humanitarian Efforts

Shakira has grown up witnessing poverty and deprivation in her home country. She revealed on the CBS show

that she had seen children grow up impoverished, neglected, abused, and uneducated in the poor areas of the

country not far away from the glitzy and glamorous tourist hot spots where money flows like water. Shakira is a

compassionate human being and has a wise head on her shoulders.

of crime and drugs at an early age. It is not hard to understand how Shakira was motivated to work for the

betterment of poor children. Besides, being a mother—she has a son, Milan, with Gerard Pique, the Spanish

soccer star—also makes her sensitive to the plight of underprivileged children who do not receive education.

Shakira’s Efforts to Spread Education Amongst the Poor

Motivated by her concerns, Shakira had established the Barefoot Foundation, the name inspired by her first

major pop album. Since then, she has built six schools in her home country and one each in Haiti and South

Africa. Her schools provide education and give hope to thousands of children, and according to Shakira, she

finds fulfillment in seeing the “many joyful faces in these students.”

mold themselves into responsible citizens. It will be a day when Colombia will become free from the twin ills of

quality of life of his family and transforms his community. Shakira realizes the true value of education and

wants to utilize her privileged position to empower children around the world.

Paris Hilton is Back From Switzerland