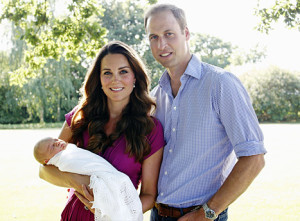 It’s official, a new nanny has reported for royal babysitting duty. The Duke and Duchess of Cambridge better known as Prince William and Kate Middleton hired a new nanny to act as the caretaker for their son, Prince George. Although, details are still emerging about the young nanny, she is believed to be in her 30s, from Spain and possessing years of experience with children from aristocratic families.

While Middleton and Prince William are enjoying a romantic getaway in the Maldives; the new nanny has been spotted about town doting on 7-month old Prince George and keeping him close. The two, though missing their son feel confident they’ve left him in very capable hands. The spotlight will be held closely on this young nanny. Paparazzi will be welcoming the new honorary member of the royal family. Royalty by association, not quite, but close enough.

Second time around, ooh, so much better than the first time

SchoolBoy Q announces PeterPalooza 3 on Ebro in the Morning!