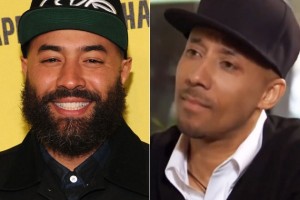 Battle rap is a display of words and aggression towards your opponent, yet the stage yielded

to an even bigger beef between radio personalities. Shot 97’s and former Hot 97 DJ Troi “Star

It began when “Star” who was a correspondent for Vladtv at the event, told his film crew

to follow an exchange he was going to have with the Hot 97 program director. Star, then

proceeded to walk over to Ebro and threaten to slap his co-worker, Peter Rosenberg. Ebro

responded, saying that Star wouldn’t do that to which Star said he would hit Darden. Darden

didn’t flinch which lead to an awkward silence between the two parties. Eventually, Torain

walked away before a melee could ensue.