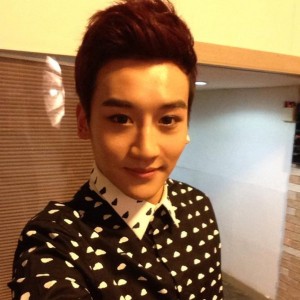 is the only non-South Korean member of Jackie Chan’s much-touted pop band, JJCC, or Double JC as it is

popularly known as, and was recruited after a grueling and rigorous audition session. Incidentally, the band’s

very first single, At First, has already climbed up the QIY K-pop chart in China to land the numero uno position

for this outstanding hip hop video or close to it. So it is only natural that the attention of fans, press, and critics

would be riveted on Prince Mak.

Who is Prince (Henry) Mak?

Prince (Henry) Mak is an Australian singer and dancer. He was spotted by Jackie Chan after he won a talent

contest. Chan was quick to realize the potential of this young singer and dancer. He may not be able to do street

bike stunts or spend his time engaging in making funny prank videos but that does not bother Chan at all.

training with his company for years. Prince Mak joined them just six months before the release of the band’s

debut album. But the young singer was quick to learn the K-pop ways, and the results are here for everyone to

the world and some of them have even tried to become famous for being in a Funny News Blooper! Even

market. But it takes back-breaking hard work and oodles of talent to even get a foot in the door.

According to Prince (Henry) Mak, most Korean bands start their day at around five or six in the morning and

wrap up at around two in the night. South Korea is reputed to have the best pop star training in the world, and

spend their time making funny animal videos because this is not their strong suit. Well, they could if they

By dint of his crooning and dancing talents and sheer hard work, Prince (Henry) Mak has been able to gain an

entry into the coveted K-pop industry. He has had a break that millions of other newbies can only dream of—a

spot in a band that has for its manager a man who has made big in Hollywood and has the passion, the acumen,

and the insight to take K-pop to the West.

Lil Durk : I write on the spot, I challenge my creativity