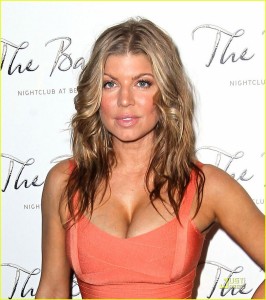 and never-so-favorite Simon Cowell. Guess who will be joining the seats with Cheryl and Cowell? It is

none another than Fergie. There are unofficial reports regarding quite successful talks between the

producers of the show and the Black Eyed Peas’ only female lead. While we are still waiting for the

official confirmation, we do have a multitude of reasons to believe we’ll be seeing Fergie on the ITV

The very first reason is the fellow judge Cheryl Cole herself. On request of the head judge Simon Cowell,

Cheryl is returning to the show after three years. On her return, Cheryl said that she expects to see a

likes of Adele and Celine Dion on the show. So, with very few choices left, Fergie seems like a legitimate

Well, that’s not all. Other than their strong singing skills, quite a few connections that suggest that

Fergie might be the ‘strong female’ Cheryl was referring to. Both the ladies share a friendly bond with

each other, and most importantly, with their mutual buddy Will.i.am. Will.i.am remained Fergie’s

leading man in their band Black Eyed Peas, and he also appeared on Cheryl’s all three solo albums.

perfect choice for the panel. While Cheryl is quite likable, she lacks the glamour one wishes to see in

such shows. As for Simon Cowell, we really don’t want to comment on how many things he lacks.

Fergie, as it seems, wasn’t the first choice for the producers though. Before there was news about

successful talks with Fergie, there were rumors related to other artists. Topping that list was Redfoo

from the band LMFAO. Redfoo is not new to the X Factor franchise. Previously, he was a judge on the

Aussie version of the show.

Another consideration was Olly Murs. If you have been a regular follower of the show, you will

remember Olly from the sixth season of the X Factor. And if you like rip-offs, you might also remember

him from The Xtra Factor series. Anyhow, back in 2009 he won the contest, and also the hearts of

millions. However, we seriously doubt if he fits Cheryl’s description of the fellow panelist she is looking

for. All we know is she’ll make sure its anyone but Loius Walsh this time!