The Sam Worthington-paparazzi saga gets murkier 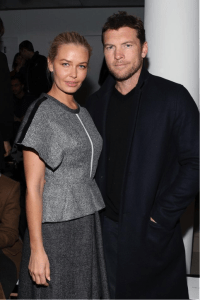 The Sam Worthington-paparazzi saga gets murkier

It seems as if the Avatar heartthrob can’t simply catch a break. After his scuffle with a photographer on Sunday evening at Greenwich village, Manhattan Criminal court has hit sam Worthington with a restraining order against the shutterbug.
The 37 years old Australian star was hanging out with his former-model girlfriend Lara Bingle when the alleged incident happened. Sources claimed that the photographer Shen Li had been following the lady for four hours which led to him ‘kicking the lady in her shin’. Acting as the knight in a shining armour for his lady-love, Worthington is said to have pummelled the paparazzi with his vicious punches till he had a cut in his nose.

It seems that the actor was trying to protect his girlfriend during the scuffle. However, when he was presented at the court on Wednesday, he was charged with assault in the third degree, attempted assault in the third degree, and harassment in the second degree. He was also slapped with a restraining order against Li for 6 months. Li was released without bail by the court.
The incident underlines the complexities of the stars and the paparazzi relations. With the next date of the hearing scheduled for 8th of May, we are sure that we haven’t heard the last of this case. We will keep bringing you the juice!

K Camp: I Was Told Drake & Wayne Wanted to Get on “Money Baby”