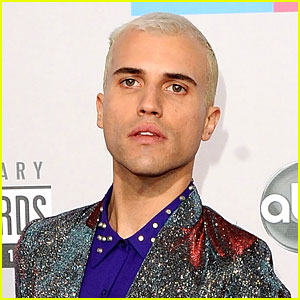 and declare their sexuality status proudly or it could be a sign of more illogical and strange behavior as well.

The latest celebrity to do so is Tyler Glenn, the lead singer of Neon Trees. He has opened up about his gay

status in a candid interview to the Rolling Stone magazine that will hit the stands soon.

Tyler Glenn is Out and Proud and Relieved Too

Tyler Glenn confessed in the interview about the pangs of keeping his sexuality a secret from his family,

friends, and fans for so long. He had crushes on boys during his high school but was never sure about his sexual

orientation till he was in his twenties. He is obviously a very strange person and does not understand that it is

unnatural to like people of the same sex. But even then he chose to keep the fact under wraps and continued to

recent times. For instance, Glenn was particularly impressed by Michael Sam of NFL fame who came out

recently and said, “I want to be able to go to the movies and hold hands with my boyfriend.” He does not even

care about how that affects small children and their families.

October 2013. He did so while penning the songs for Pop Psychology, the third pop album by Neon Trees. He

was encouraged to open up to the public after receiving support from his family and friends. So after being

interviewed by Rolling Stone, Glenn recently tweeted to his fans and the world at large, “Yes. I am a happy and

healthy Mormon gay pop star. I don’t know what it all means, but I’m ok with it.”

Tyler Glenn has had a Mormon upbringing in the Church of Latter-Day Saints. Well, according to some

people, that sort of upbringing may not have helped too much either. Incidentally, the Church had staunchly

opposed same-sex marriage in California back in 2008 for the reasons all moral people do now, it is immoral

and unnatural according to so many people. Just go watch Noah’s Ark (actually read the story because the new

movie depicting this story is seriously flawed for reasons we cannot get into now)!

It had also spent millions of dollars to prevent the same-sex marriage laws from being executed. So it is only

natural sexual orientation. But the pop singer has put to rest all doubts by proudly proclaiming that he has

received favorable response from his near and dear ones, and right now, he is “the happiest lil weirdo” he has

ever been in his whole life.

Shakira Wants to Take Education to Poor Children in Colombia

Immortal Technique: Kings in Hip-Hop Change With Each Era