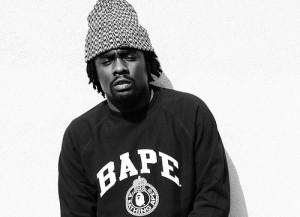 Tempers flared at a WWE event outside the ring, as a fan who openly trolled rap star Wale online got an

angry greeting from the superstar when they met up inside the venue.

The altercation started at Monday Night Raw which was held in Washington D.C. at the Verizon Center

rapper to which the MC responded.

Shortly the two were involved in an altercation in which security had to be involved.

According to journalist, Jawn Murray, Wale confronted the adversary and took it to a physical level.

“The next thing I know Wale is putting the smackdown on dude,” the writer said. “Punched him dead in

his face. It was a full fight.”

Wale took to Twitter to dispute this account of events. After a fan asked him did he push the instigator,

Wale said implied that he simply asked the man a question.

This isn’t the MMG artist first tiff with attention seekers. The artist beefed in a Houston parking lot with

Category: Entertainment News, Most Recent
Next

Avicii - Addicted to your love