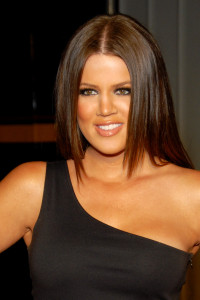 What’s Khloe Kardashian’s Next Move?
As the news about Khloe Kardashian and NBA star Lamar Odom’s divorce keep hogging the headlines, Khloe has made another move in search of some peace.
What’s the big move you ask? Its Khloe Kardashian spending 7.2 million to buy Justin Bieber’s luxurious mansion located in Calabasas, California.
While Justin Bieber and Selene Gomez reunite (more of it at the bottom) Khloe moved into Justin’s mansion to break away from her divorce blues. She filed for divorce from Lamar Odom in December last year, while Lamar recently commented that he’s still in love with Khloe and wants to call off the divorce.
After Khloe sold her marital mega mansion in Tarzana which she shared with her estranged husband, she wasted little time in finding a new shack to make a fresh start. The Tarzana home has been sold for $5.5 million, to The Big Bang Theory star Kaley Cuoco, who recently married Ryan Sweeting.
Khloe bought the controversial house on March 6 after Justin put it on the market last year. Justin had moved out of the house in January after several run-ins with the neighbors. The mansion was raided by police looking for proof that Justin attacked his neighbor’s house with eggs, apparently causing a monumental damage of US $20,000.
Suzie Shwartz, Khloe’s new neighbor, is reported to have said “I’ll take a Kardashian over a Bieber any day of the week”. The happy neighbor expects to be on good terms with Khloe as she calls her “harmless”.
With the help of friends and assistants, the Keeping Up With The Kardashians star emptied her previous love nest and had Lamar’s stuff dropped at his loft. The NBA star was seen dragging a large suitcase into a friend’s home, apparently on his hatch-day. The two haven’t been in contact since Lamar was arrested for a DUI on August 30 last year.
Sources reveal that Khloe did a thorough research before putting her money into Justin’s mansion. The new house was chosen because of it luxurious amenities and nearness to her family, as there is also news spinning about Kourtney, Khloe’s sister, having bought a property in the same gated community of The Oaks. Having her sister as a neighbor might do Khloe good, we hope.
Does the move have anything to do with Justin? Apparently not. The reason why Khloe bought the mansion, apart from making a fresh start, was its resale value. The purchase seems like a smart decision – the mansion does have a worthy resale value. We hope Khloe will stay for long, but whenever she wants to move out, the house will sell for enough profit.
Another source commented that Khloe is all set to add her own magic touch to the new house to make it feel like home.
No, we did not forget about Justin and Selena re-union. After picking coffee from Starbucks on March 7, the dynamic duo hit Don Pepe’s for a long, cozy breakfast. So are they getting back together?
Stay tuned for more juicy updates!

Who's The Hot Mess on The Red Carpet

Wiz Khalifa – Most of Us