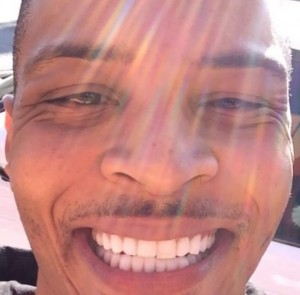 The fight between rap superstar T.I. and boxing’s current pound for pound champion, Floyd Mayweather was the only thing that could interrupt the press coverage of Kimye wedding. The fight which set off a barrage of blogs, tweets and video responses to the event, happened in Las Vegas in the middle of Memorial Day festivities.
The fight which was alleged that T.I. was angry over a second conversation that had to be had with Mayweather about his proclivity towards his wife Tiny. Mayweather, allegedly angered over the nature of the conversation, proceeded to spew obscenities, including one where the champ is heard saying “Control your B****”.
The two stars then engaged in a minor tussle inside a burger joint where it was rumored that the “Trouble Man” left with two black eyes. The rap star easily dismissed the rumor via Instagram.